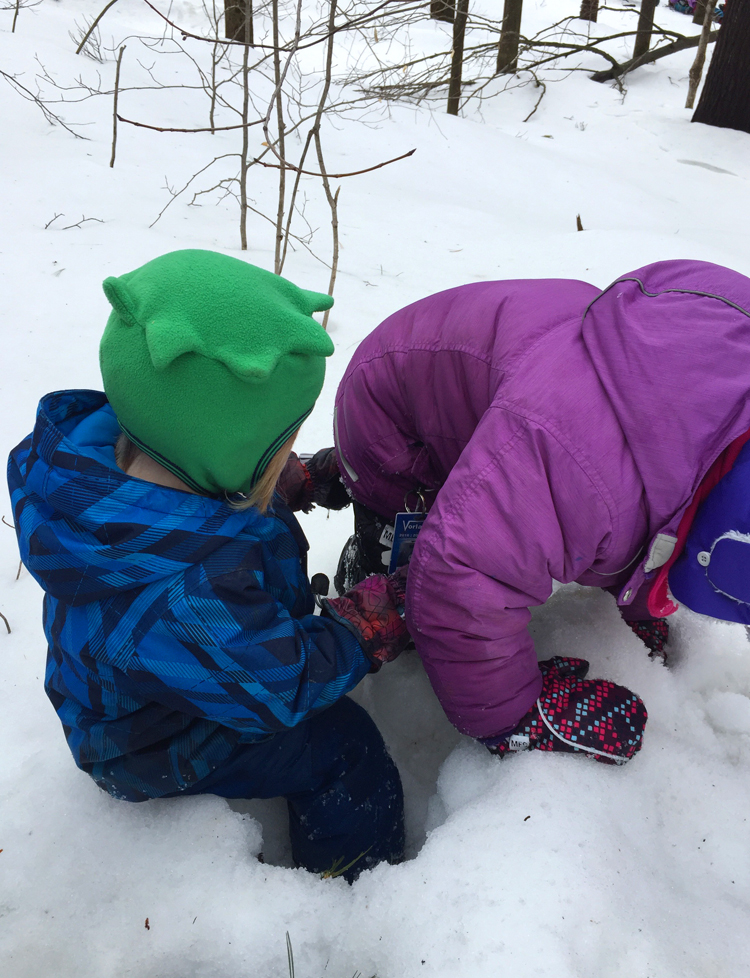 Over the winter Chelsea Forest School’s children have changed focus – Initially they focused on themselves. Now they are supporting those around them.

They changed from worrying about winning to cheering on their friends who were in the lead! When climbing up the big sliding hill, climbing challenges created big frustrations. Just figuring out how to get themselves up the hill was a huge learning experience in itself. Looking at others who could do it only frustrated them more.

One day there was a shift. We had been going to the natural snow slides often. Most of them had learned appropriate climbing skills. They stopped focusing on their own struggles and started looking around at their peers. If they noticed someone was having difficulties they would start encouraging them, giving them advice, and sometimes lend a helping hand. It was so neat to see this shift happen!

As winter progressed changes in the snow happened. Hard packed snow became crumbly and un-supportive. Adults and children alike were sinking deep into the snow. I thought the change would bring new frustrations as we walked through the woods. They surprised me! Instead, children asked for help. And instead of waiting for the teachers, children tried to help their friends.

They were working together to dig, pull, and give advice on how to get their friends un-stuck. In one case the girl came out but her boot remained in the hole. Again, they worked together to get the boot out for their friend.

At the end of the day I was inspired by the amount of care, cooperation, and problem solving skills they had developed as they supported their classmates!